Early in April, I resumed my nomad life and left California, heading for a women’s camping event in Texas.  On the way, I visited my niece & family in Tucson.  We took a hike in Sabino Canyon which was pretty and flowing with lots of water in spring. 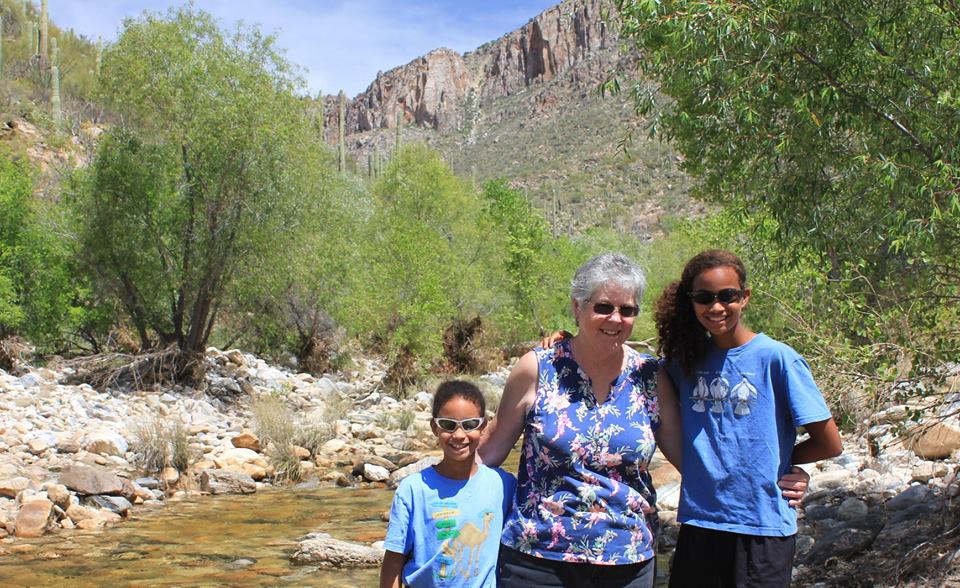 My niece suggested that I stop at Caverns of Sonora on my journey, so I did.  There was a nice campground there in a ranch-type setting and I stayed the night, ready for a cavern tour the next morning.  While hooking up, I reached into the electrical box to plug in and found a wasp next!  One of ‘em got me but not bad.  Lesson learned:  Look before reaching in! 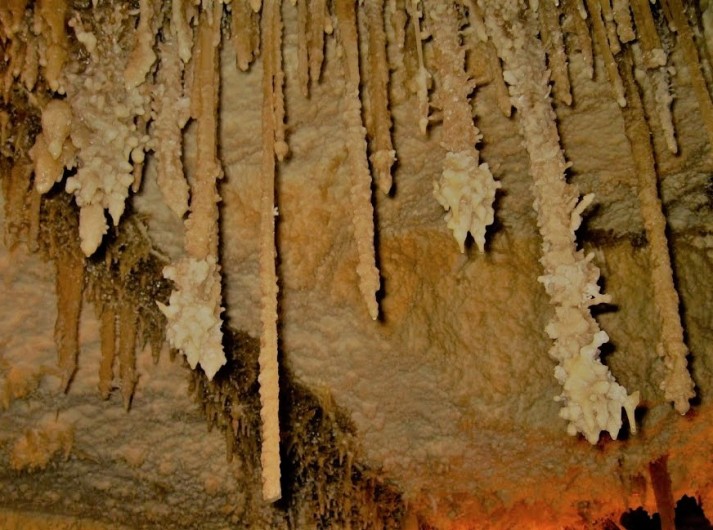 Lake Medina, Texas was my campground for a few days.  While there, I drove into San Antonio to visit The Alamo and the Riverwalk. 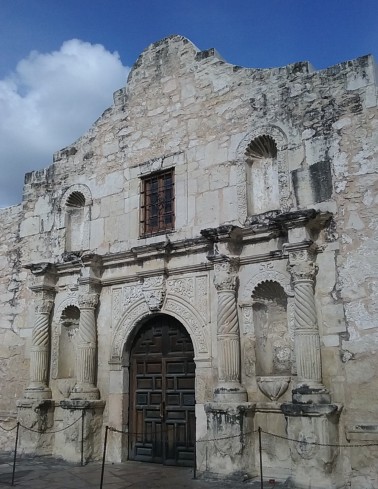 I also took a tour of Bible Study Fellowship Headquarters, something I’ve always wanted to do.  My former Teaching Leader in California works on staff there, and we spent awhile catching up. I was impressed with the efficient printing, packing and shipping areas, and I even got to see this fall’s study in Acts coming off the press! 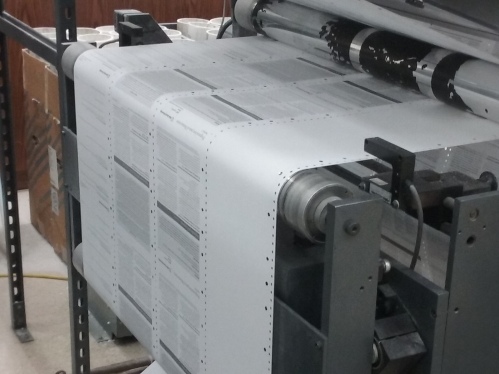 Despite thunder and lightning storms that delayed me for a day, I made it to Waxahachie later in the week for my Girl Camper event, “Wonderful Women in Waxahachie”.  That’ll be the next blog post.

After all the Girl Camper fun, I received a message from one of the other campers I had met in Waxahachie.  She lived nearby and wondered if I would like to see her part of Texas.  Julie and her daughter met me in Abbott which is the childhood home of Willie Nelson.  He owns several buildings in the town, including the church where he grew up singing as a child.

Julie told me that much of this part of Texas was settled by Czech immigrants.  We went to Slovacek’s for lunch.  It’s a good-sized travel stop with lunch counter, meat market, bakery, and endless gift shop.  Lots of yummy Czech food here! (Jak se más is a greeting roughly translated How are you… or in Texas, Howdy!) 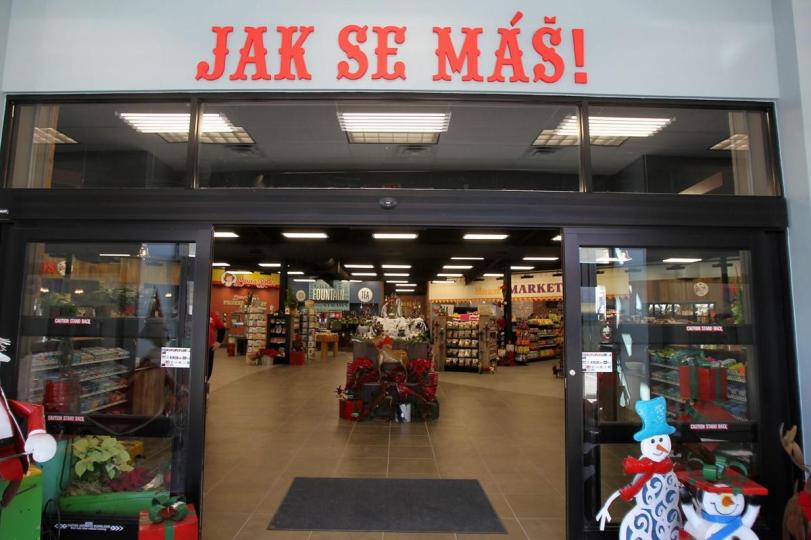 We also drove around the town of West, Texas.  West… West… What was it about that name?  Julie mentioned that it had been the scene of a disastrous fertilizer plant fire a few years ago.  That’s right!  I remember that it took days to put out and there were several fatalities.  We drove to where it happened.  Much of the affected area has been rebuilt, but not this apartment complex.  Pictures are of that day in 2013, and as it looks now.

West is a charming town where many of Czech heritage still live and work.

Julie & June showed me where their family lives and I got to meet their friendly pups.  It was a wonderful day with warm, hospitable Texans.  Thank you Julie and June! 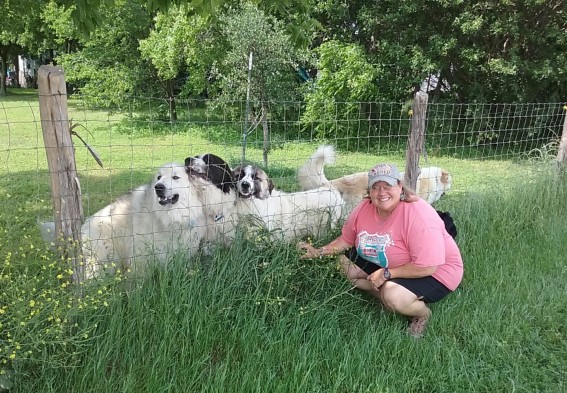 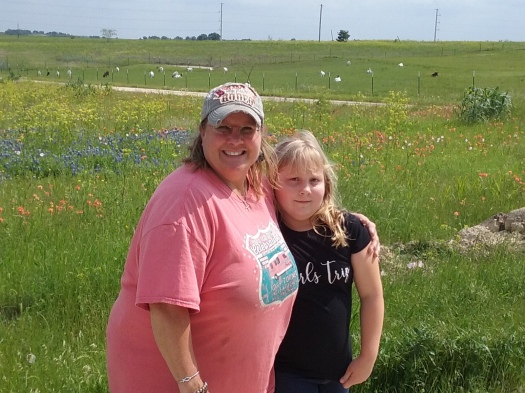 While in this area, I attended a live event for a podcast I enjoy: The WORLD and Everything in it.  It was fun to meet the people behind the voices and see how a daily podcast is produced.

My nephew from Missouri was in Texas for two weeks of Army Reserve training.  So, I drove a few miles and was able to have dinner with Shawnn and one of his Army buddies. 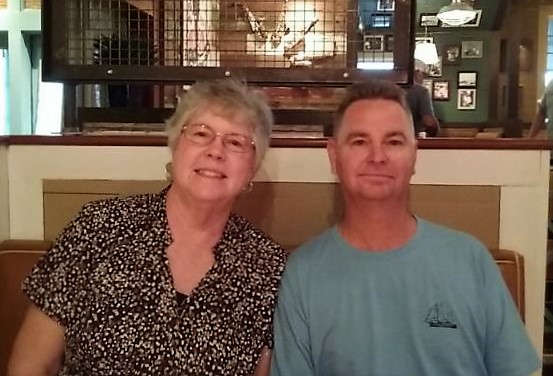 I kept hearing tornado alerts, forecasts for hail, and severe weather warnings.  The heat and humidity in this part of Texas were pretty uncomfortable for a California girl, so I headed north for some (hopefully) cooler weather.