Last January, several months before I left on my trip, I saw an item in Yankee Magazine about St. Mary’s Church in Newport, Rhode Island.

On September 12, 1953, a grand 19th-century church in Newport hosted the closest thing to a royal wedding New England had ever seen, as a floppy-haired freshman senator from Massachusetts married a debutante photojournalist. Today that historic event—the wedding of John F. Kennedy and Jacqueline Bouvier—is re-created each Tuesday, July through late October, inside the church where it happened.

I added it to my list of things to see. 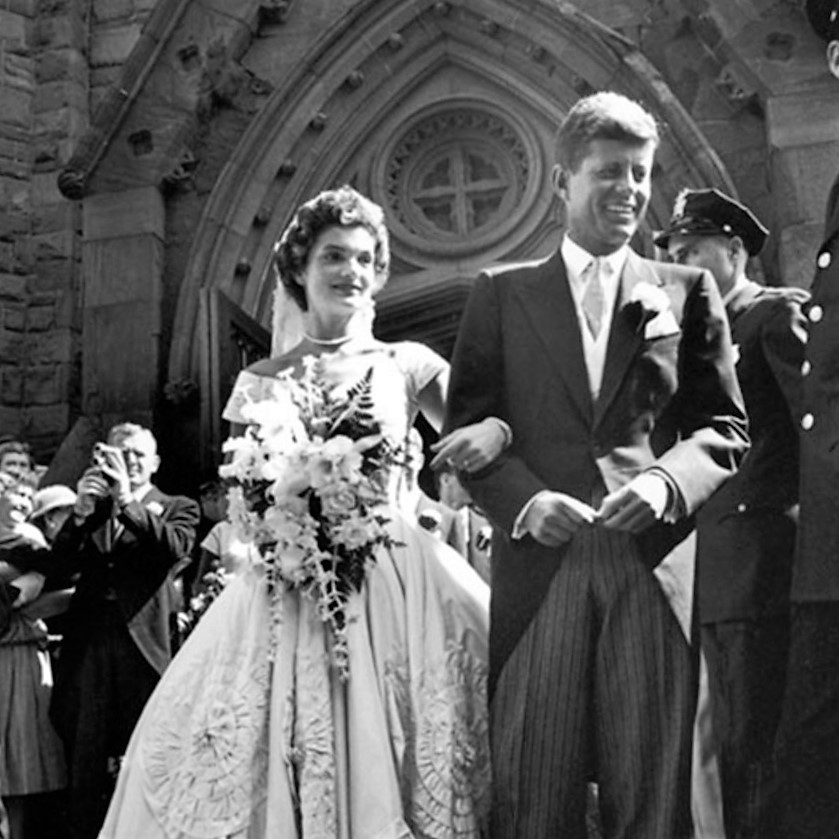 In the first week of October, I happened to be camping in Massachusetts and decided to drive to Newport on a Tuesday afternoon.  Google got me to St. Mary’s Church in good time, and I parked in the lot across the street.

There was a group of about 30 people there for the afternoon’s presentation known as Return to Camelot.  The presenter was Father Kris, pastor of St. Mary’s, along with a young man named Cody who is the Organist and Music Director.

Our tickets had a copy of the wedding invitation printed on the back.

There was a video montage of vintage film clips and wedding photos.  Jackie’s step brother recorded his memories of the day a few years ago, and those were included.  We learned that Jackie’s wedding dress was made of fifty yards of silk taffeta. 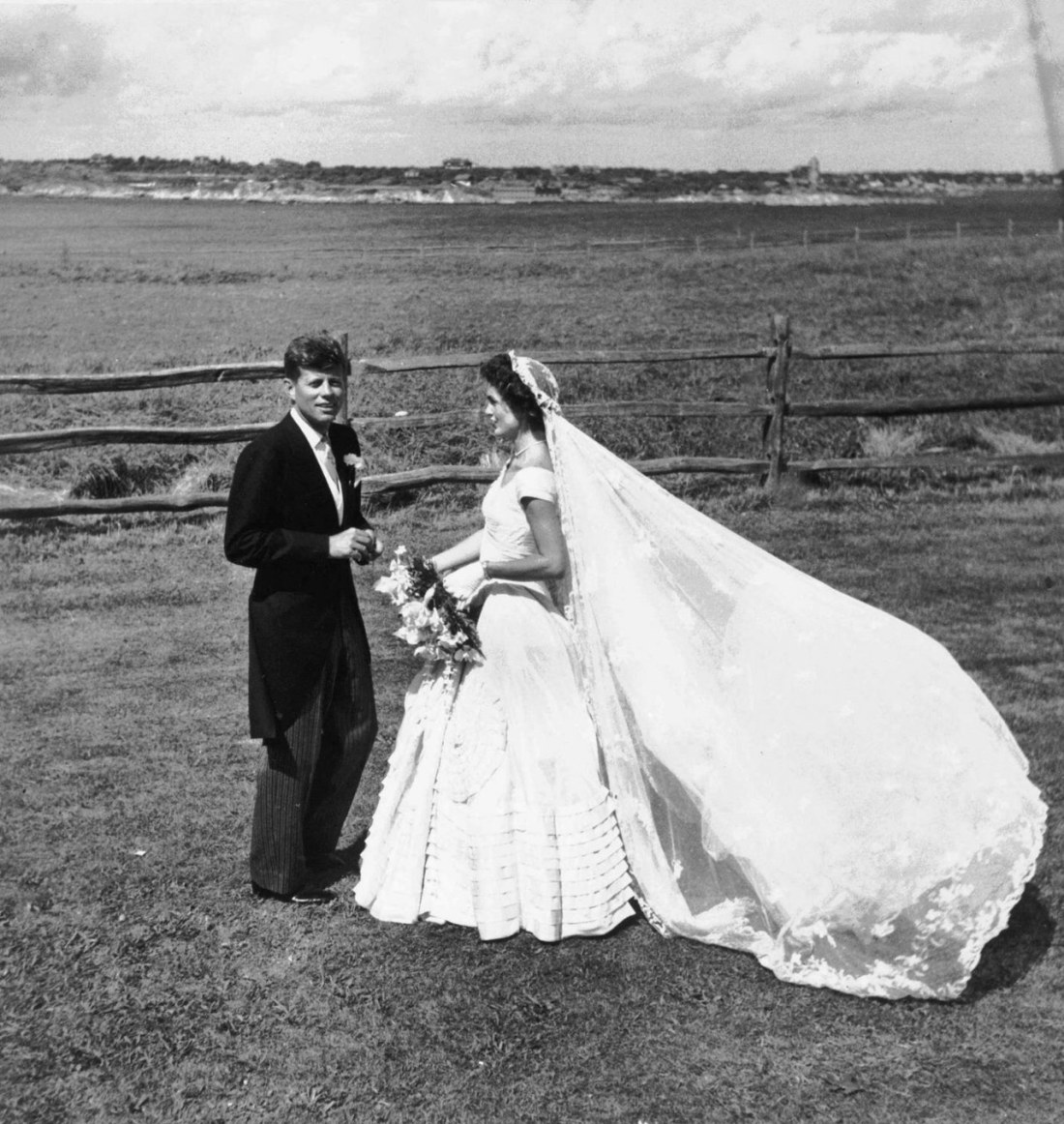 John and Jackie stood in a receiving line for 3 hours greeting 1,300 reception guests.

Cody, the organist at St. Mary’s, played and sang selections used at the wedding.

After the video presentation, anyone who wished could have their photo taken at the very same kneeling bench used by the Kennedys. 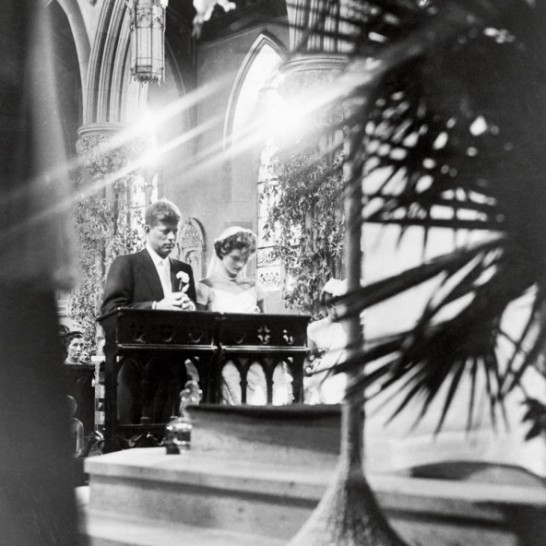 St Mary’s church was established in 1828, and this present building was constructed in 1848.  It was designated as a National Historic Place in 2008. 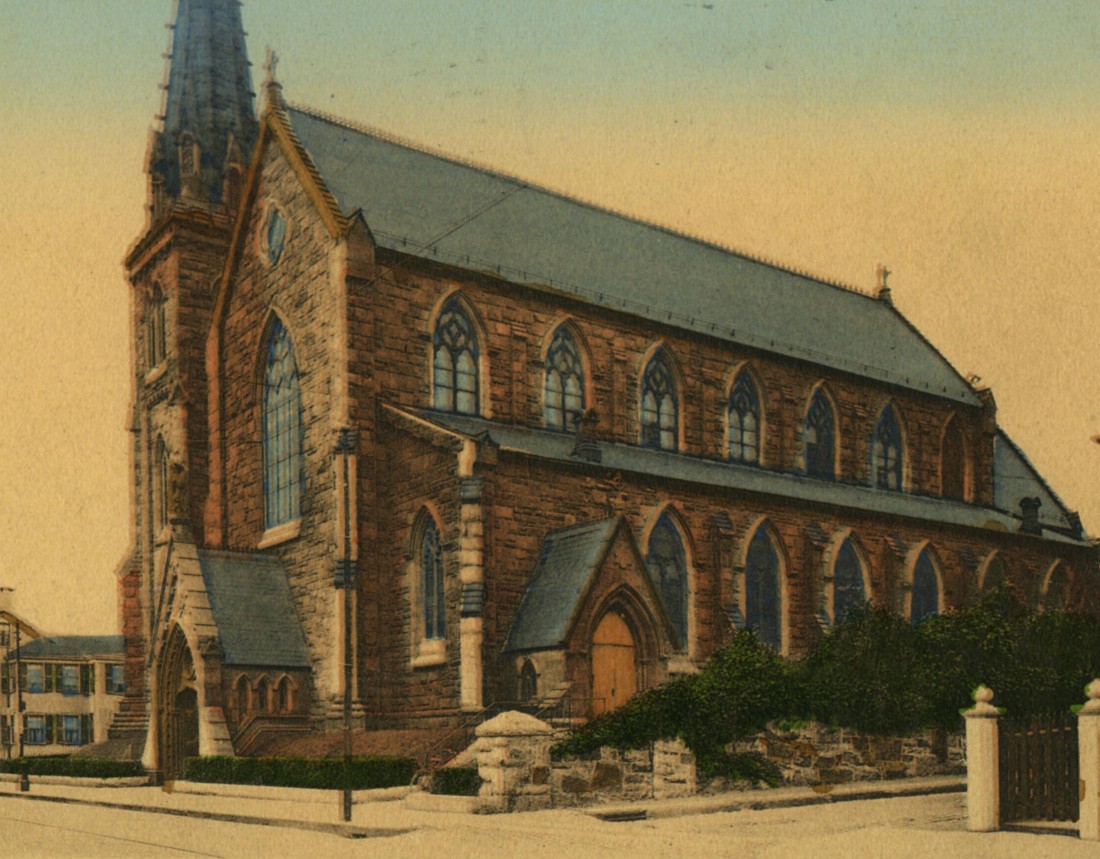 On my way home, I passed the exit for Fall River, Massachusetts.  Fall River…  Why did that sound familiar?  Oh yeah, Fall River was the home of Lizzie Borden.  I thought about trying to find her house but decided to end my day on a positive note and keep driving.