My passport and vehicle registrations were in order and I wasn’t carrying any contraband, so what was this anxiety about crossing into Canada?  The line leading up to the border station was long and slow-moving. 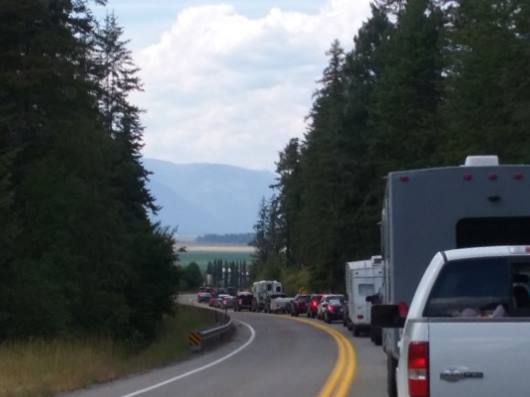 Eventually I reached the border and was greeted by an officer.  He asked me where I was going and how long I would be in Canada.  He also wanted to know if I had any alcohol or firearms, but was unconcerned about the fruits and veggies I had purchased the day before. Whew.  I was in!  This is the first sign that greeted me.

As soon as I crossed into Canada, my cell phone had no service.  I would have to deal with that later.  I was trying to be aware of metric mileage signs and sort out kilometers to miles ratio so I would know how far it was to my campground.

That night, I stayed in Fort Steele, an interesting historic town in British Columbia. This far north, it was still light at 9 pm (Mountain Time). The campground was full because it was a 3-day weekend for Canada’s Civic/ Provincial Day.  The Fort Steele Railway Co runs a steam train that sounded its long, melancholy whistle before each trip.

I tried to upgrade my phone to an international calling plan. However, my 2-year old Samsung is not compatible with Verizon’s plan.  (They offered to upgrade my phone, but I said no thanks.)  I decided I could live without text and phone calls for a week.  I still had email and internet with a hotspot device.

When I saw this gas sign, I was very excited.  Wow!  Gas was only $1.41 in Canada.  The next day I found out it is sold PER LITER and this worked out to be a little over $4 per gallon. 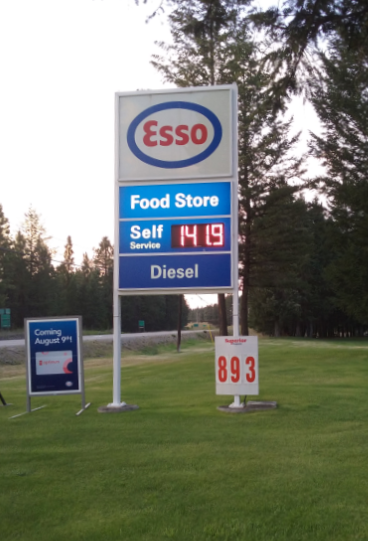 A sign at the campground laundromat referred to Loonies and Toonies.  What?  Someone explained that Loonies are Canada’s one-dollar coin, so named because there is a loon on one side.  Toonies are a take off on that name. They are the two-dollar coins. 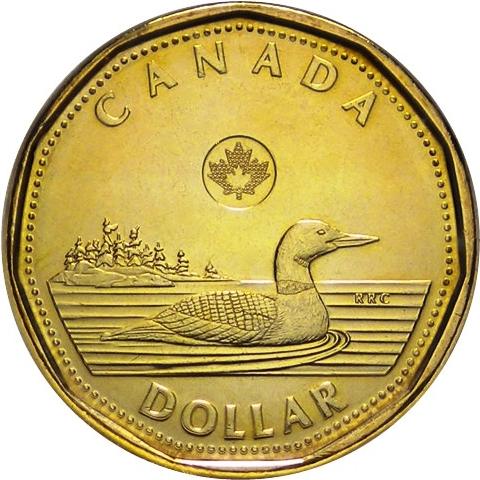 The next morning, I woke up to a radio announcer saying the high would be 35 degrees today!  Oh yeah.  Celsius.  I roughed out a chart I could use in the car for kilometers per hour, distance and how much I’m actually paying for gas. 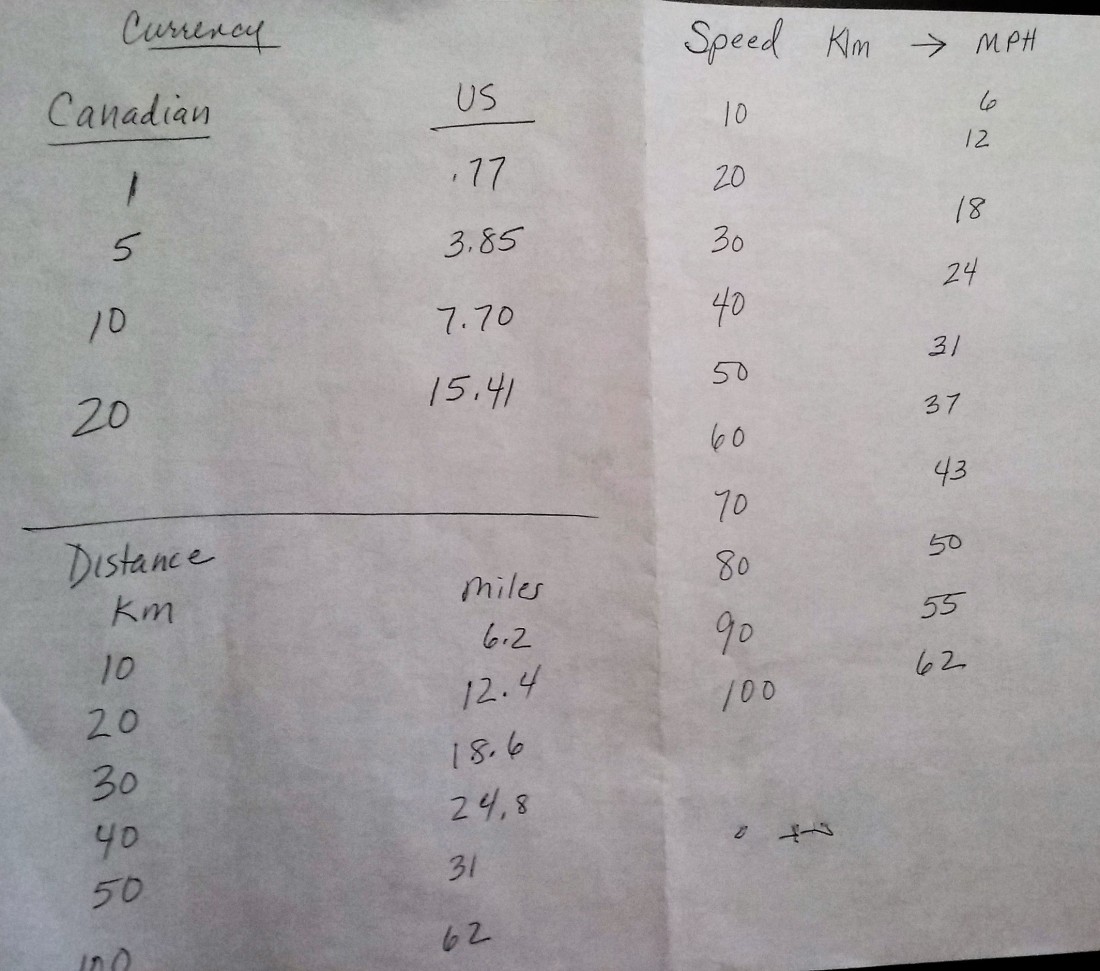 My Canadian cousin had suggested some interesting places along the way.  I visited Head-Smashed-In Buffalo Jump, a World Heritage Site.  This is one of many cliffs where the First Nations people would gather and stampede buffalo over the edge. It was a well-coordinated, sophisticated process. The tribes would use nearly every part of the buffalo for meat, robes, teepees, tools and other necessities.

I was happy to arrive at my Cousin Donna’s house.  She has lived in Canada all her life.  On a neighborhood walk, we gave the exercise equipment a try.  Many public parks have such a set up.  Donna pointed out open areas where people cross country ski in the winter. 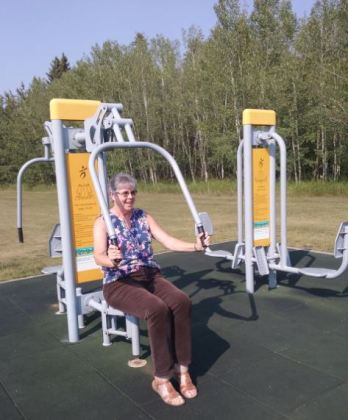